This post is not a tutorial. There are enough of them on the Internet. It is always more interesting to look at real production app. A lot of tutorials and boilerplates show how to write isomorphic ReactJS applications, but they do not cover a lot of real-life problems we’ve faced in production. So we decided to share our experience at github and develop the app in a public repo. Here is the running app and here is its code.

IMPORTANT: This is real-world application, so it is always evolving. Our goal is to make working product within a limited amount of time. Sometimes, we have no time for finding the best possible solution, but use just suitable option for our case.

How do people see an isomorphic app? You can find diagramms in the internet like this one:

But ideally it should look a little bit different:

I mean, not less than 90% of your code should be reused. In large apps it can be even more than 95%.

If you want to develop isomorphic app from scratch, then start with reading this tutorial “Handcrafting an Isomorphic Redux Application (With Love)”. It is really great!

In WebbyLab we use React from the moment it was open sourced by Facebook almost in every our project. We’ve created keynote clone, excel clone, a lot of hybrid mobile applications, UI for a social monitoring system, comment moderation system, ticket booking system, a lot of admin UIs and more. Sometimes we make isomorphic apps too. The fundamental difference between regular SPA and isomorphic SPA is that in isomorphic SPA you will process several requests simultaneously, therefore you should somehow deal with a global user-dependent state (like current language, flux stores state etc).

itsquiz.com is one of our projects written in ReactJS. itsquiz.com is a cloud testing platform with a lot of amazing features. And one of the key features of the product is a public quizzes catalogue (aka “quizwall”), any user can publish his own tests there and pass others’. For example, you can go there and test your knowledge of ReactJS.

You can watch 1 minute promo video to better understand the idea of the product: 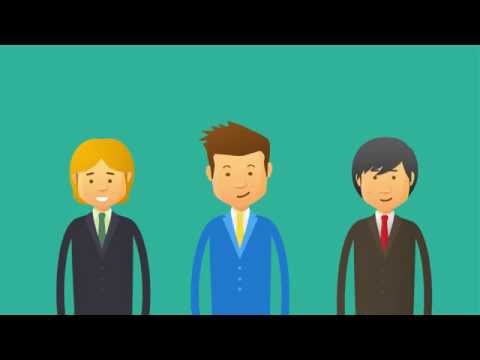 Here are key requirements to Quizwall:

Writing isomorphic application is the simplest and the most suitable solution in this case.

What parts of your app should be isomorphic?

Let’s go one after another.

This is the simplest part. It is simple because Facebook developers solved this problem already in ReactJS. The only thing we should do is to take React Js library and use it according to documentation.

Usually tutorials omit this. And this is the first place where you start to feel pain ;).

Here is a small example:

Such approach makes our code more modular. Moreover, if we import a component it will automatically import its dependencies (js libs, styles, other assets). Webpack is responsible for handling all file types. So, we have self-contained components.

This approach works great with webpack. But it will not work in pure nodejs, because you cannot import “less” files. So I’ve started looking for a solution.

The first possible one was require.extensions but

So, I’ve started looking for another solution. The simplest one was using inline styles.

There are several issues I’ve faced using them:

I’ve found a great tool for working with inline styles called Radium. It is great tool which solves all mentioned issues if you develop SPA.

We’ve switched to Radium but when we run our application in isomorphic mode we received strange warnings.

“React injected new markup to compensate which works but you have lost many of the benefits of server rendering.” No, I want all the benefits of server rendering. We run the same code on a server and a client, so why react generates different markup? The problem is with Radium automatic vendor prefixing. Radium creates DOM element to detect list of css properties that should have vendor prefixes.

Here is the issue on Github “Prefixing breaks server rendering”. Yes, there is a solution for it now: using Radium’s autoprefixer on client side and detect browser by user-agent and insert different prefixes (with inline-style-prefixer) for requests from different browser on server. I tried, but that time the solution was not reliable. Maybe now it works better (you can check it by your own :)).

The second problem is that you cannot use media queries. Your server does not have any information about your browser window size, resolution, orientation etc. Here is a related issue https://github.com/FormidableLabs/radium/issues/53.

I’ve decided to switch back to less and BEM but with condititional import.

You see that we are using “require” instead of “import” to make it runtime dependendant, so nodejs will not require it when you run code on server.

One more thing we need to do is to define process.env.BROWSER in our webpack config. It can be done in the following way:

You can find whole production config on github.

Alternative solution is to create a plugin for babel that will just return “{}” on the server. I am not sure that it possible to do. If you can create babel-stub-plugin - it will be awesome.

UPDATE: We’ve switched to the alternative solution after migrating to Babel 6

We use babel-plugin-transform-require-ignore plugin for Babel 6. Special thanks to @morlay (Morlay Null) for the plugin.

All you need is to configure file extentions that should be ignored by babel in .babelrc

and set environment variable BABEL_ENV=’node’ before starting your app. So, you can start your app like that cross-env BABEL_ENV='node' nodemon server/runner.js.

Ok. Let’s go further. We managed our styles. And it seems that the problems with styles are solved. We use Material UI components library for our UI and we like it. But the problem with it is that it uses the same approach to vendor autoprefixing as Radium.

So we had to switch to the Material Design Lite. We use react-mdl wrapper for React.

Great, it seems that we definitely solved all of the problems related to styling… sorry, not this time.

Webpack will generate a javascript bundle for you and will pack all css files to the same bundle. It is not a problem in SPA - you just load the bundle and start your app. With isomorphic SPA everything is not so obvious.

Firstly, it is a good idea to move your bundle.js to the end of markup. In this case, user will not wait untill large (it can be several megabytes) bundle.js is loaded. A browser will render HTML immediately.

Therefore, the right way is to split your bundle into two parts and load everything in the following order:

And the cool thing about webpack is that it has a lot of plugins and loaders. We use extract-text-webpack-plugin to extract css to a separate bundle.

Your config will look similar to this one.

You can find whole production webpack config on github.

React router starting from version 1.0.0 works greatly in isomorphic environment. But there are a lot of outdated tutorials written when react-router-1.0.0 was still in beta. Don’t worry, official documentation has working example of server-side routing.

Redux is another library that works greatly in isomorphic environment. The main issues with isomorphic apps:

With redux it can be done easily:

Here you can find working code

You should write code that works both on the server and on the client. Usually in SPAs (even not isomorphic) we write API layer which can be used on the server too. This layer is responsible for all communications with the REST API. It can be packed as separate library for using it in third-party projects.

Here is an example that works both on server and on client:

For making http request you can use something like axios but I prefer isomorphic-fetch which uses whatwg-fetch (from Github) in browser or node-fetch on server.
“fetch” is a standard that is already supported by firefox and chrome natively.

It is the easy part. More complex part is not to create api library but to use it in isomorphic environment.

So, the idea is simple. A user will wait for data but will not wait for UI response. So, you should render immediately without data and show spinner and show the data when it was fetched.

So, you should wrap your component in another one which will be responsible for data fetching. We use “connectDataFetchers” function for it. It takes React component class and array of references to action creators.

In browser the wrapper component will call action creators in componentDidMount lifecycle hook. So, it is a common pattern for SPA.

On the server we do this in a different way. We have a function “fetchComponentsData” which takes an array of components you are going to render and calls static method “fetchData” on each. One important thing is a usage of promises. We use promises to postpone rendering until the required data is fetched and saved to the redux store.

The simplest way it to use “config.json” and require it wherever needed. And you can find that a lot of people are doing so. In my opinion, this is a bad solution for isomorphic SPA.

What wrong with it?

The problem is that when you require “config.json” webpack will pack it into your bundle.

The solution is to leave config outside the bundle and place it in some sort of global variable that can be set in index.html.

We load out config on the server and return it in index.html

IMPORTANT: Serializing initialState with JSON.stringify will make your application vulnerable to XSS attacks!!! You should use serialize-javascript instead!

and we use the “config.js” in the following manner in our isomorphic code:

While all codebase growths, isomorphic part of the code growths the most. So, code reuse rate will become higher with time.